Here at EasyRoadRiders we’re big on everything automotive and our team has driven just about every vehicle you could possibly think of, but as you may well have guessed our true passion is for motorcycles.

If you already own a motorbike then you’ll know what we’re talking about, but the vast majority of you won’t have ever ventured away from four wheels on the road. Of course, there are obvious reasons for this in many cases – a motorbike won’t be suitable for families and you won’t be able to transport huge loads with it.

However, there’s a good chance that some of you potential motorcyclists won’t have even considered making that transition to two wheels. Well maybe it is time that you thought about how you could benefit from driving a motorbike – here are our top five advantages.

Generally, motorcycles will consume less fuel than their four-wheeled counterparts. They are smaller than cars and they are never going to have to carry four passengers. With the cost of petrol and diesel forever increasing, it is now more important than ever to save money when paying at the pump.

Another cost benefit when riding a motorcycle is that insurance will be less over the course of a year. You are never going to be responsible for more than yourself and one other passenger whilst on the road so insurance brokers offer better deals. MOT and servicing can also be cheaper. 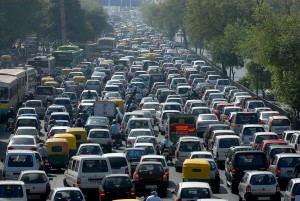 One of the best advantages for motorbikes is cutting through traffic. We have all been there when you are sitting in what seems to be a never ending line of cars that simply isn’t moving. It is frustrating enough as it is and then you see a guy on a motorbike whiz past in between the lanes – well that could be you!

Needless to say – in our opinion – the experience you will achieve on a motorcycle is unlike any other in a car. There is nothing that compares to the thrill of that pure acceleration on a hot summers day. You simply won’t recreate it in a used Honda Jazz. 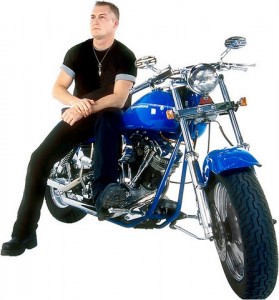 OK so in fairness this is down to personal preference and opinion but let’s face it – you just look so much cooler on a motorbike than in say a  second hand Honda Civic or a Kia Cee’d.

***If you are mad about classic cars too then head to www.buyclassiccars.co.uk.